What is actually going on in Bavaria? 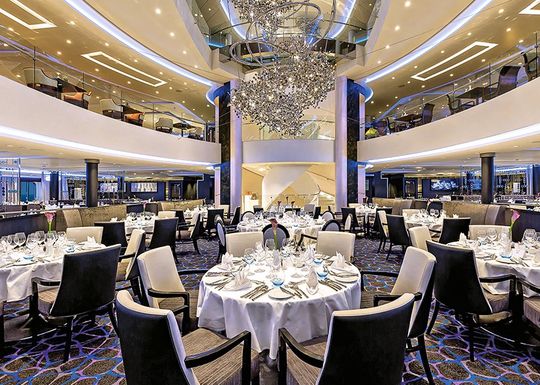 This letter is already more than 12 years old, but with regard to the Monumental-Cudgel of my person, hope dies at the very last! *Expression improved* 2015

CC Worldwide to all TV and Radio-Stations

Please, let the German-language letter be translated into many languages and be handed over to the right places.

Today is another Thursday, (the day to thundering) which your Empress had better not miss, as you and your kind have become quite twisted and exaggerated people.

Your Empress will probably have to write to this gentleman and burden him with a very heavy responsibility, as in my person's opinion he seems to be suitable for this. He will also have to read and understand this letter so that no unnecessary hatred and quarrel can arise.

Shortly after the interview with Mr. Kaunda that was shown, my person switched on Bavarian Radio and was quite enchanted by the programme "Schubecks", in fact so enchanted that now all social analysts are requested to watch exactly this programme with Carolin Reiber and Alfons Schubeck yesterday and to analyse it to the best of their knowledge.

My person now demands a written expert opinion from trained as well as untrained people on exactly this programme, as it contained almost everything that your Empress still has to knock the nonsense out of you.

You have now, for the very last time, presented such a show in connection with food and cooking arts with impunity, including the accompanying cookbooks, which are slowly but surely to be withdrawn from circulation; the only thing missing would have been that you wanted to declare one euro for a good cause from the proceeds of the recipes and cookbooks!

What has actually happened to you in Bavaria; what has gone on in you in that you find people who arrange such an excessive eating binge and seem to be of the opinion that they have to show the spectators a majestically laid table, with everything that goes with it.

My person may assume that the two performers will stand by this show and also hopes that consent will be given for this show to be shown worldwide. Both actors wanted to become famous and now this wish can be fulfilled in a meaningful way.

You can expect the same from your Empress, even though the wish to be famous is not a wish but a duty of your Empress.

Now, through the same applied means of TV my person will insist on having exactly this programme publicly commented on by trained people, in that this kind of programme should be repeated, whereby even an Alfred Bioleck can keep up, because if you already create pies and stuffed delicacies for monarchs, then you must not be surprised that one day a true monarch begins to speak!

Don't you have a priest in Bavaria who once reprimanded you and your kind, or do you just laugh when a clergyman criticises your show?

What have you actually done with your clergy in Bavaria?

Have these clergymen perhaps discovered reality as a land of milk and honey or what is actually going on with you?

You, like all the others, will learn to thank on your knees that you are getting something to eat; then you will forget about mixing and mashing with your electric mixers and playing with the food, so my person hopes and will take care of it.

Unfortunately, the reality is that only one person seems to be able to read you the riot act; how did this relationship become possible?

Do you no longer have any older personalities to look after you and your kind, to admonish you and to put you in your normal place?

Does the clergy not want to be bothered with you and would rather allow an audience of millions and many readers to acquire these demonstrated arts in order to pamper guests monarchly at a suitably laid table and also be able to dispose of the leftovers properly?

Since you and your kind are quite obviously unable to recognise the seriousness of this letter and cannot properly judge the reality, we will now also jointly resolve the matter and the Lord's commission, which many of you will still have in the back of your minds, in the most amusing way possible, at least in cases where it is feasible.

Your Empress very much hopes that in one of the next broadcasts of this way the Cudgel of my person will become active, so that a live broadcast should always be associated with the risk of becoming a real laughing stock through this activity.

Of course, it is clear to me that you actually wanted to show and present something particularly beautiful for interested people and also how to entertain guests in the most polite way.

But you really should have considered whether it is legitimate to animate people in this way when at the same time another person has to eat, for example, a piece of dry bread and drink stale water.

Should we all live in a land of milk and honey, where no human being knows hunger and misery, then we humans would be allowed to sit down at such a princely table and eat up the labour and ideas contained in such a preparation, you diseased, twisted ......., you!

Incidentally, your Cardinal from Munich is known to me; he too bears responsibility for such a mess and it is precisely for this reason that you will please deliver this letter to him.

Apparently the slaps in the face of a child at the hands of Bishop Mixa did not have any effect, because now he will probably be made to pay for the abuse and misappropriation of funds instead of wanting to educate a child and protect it from itself, you pitiful pigsty!